"One of the most famous codecs for video and movies." It Rocks!
Software Ranking
3rd out of 7
in Codecs
Downloaded
5708
Times

DivX is a codec that makes our system compatible with video files encoded with DivX. By downloading DivX Plus we will have the official DivX Plus Codec Pack together with a set of programs of different kind created by the same developers, like a video and audio player capable of transmitting the content wirelessly or play different video formats, as well as a video converter into DivX with no need of additional application.

It also gives the possibility of playing DivX videos directly from the Web browser with DivX Plus Web Player. All these utilities included in the DivX download file are compatible with the DIVX, AVI, MOV, MPEG, MKV, WMV, MP4, MPG and other formats.

The video converter is called DivX Plus Converter and is capable of converting the majority of the used video and movie formats adjusting the quality and even letting make small edit on the videos, like for example, adding subtitles.

With no doubt DivX made a real difference in video visualization on computers and their internet transmission, and even though there are other alternatives more focused of high definition like the codec h.264, it is an essential tool for assuring the playback compatibility of the majority of the movies and videos that can be found on internet.

DivX update 10.3.1, now you can download the latest version of DivX here for free, convert files using the Divx converter, use the webplayer player to play your favorite videos in all popular formats from all over the web and use the DivX media server to stream your favorite videos and music directly through DivX, now with a faster conversion rate and you are also able to transfer your videos to any of the devices that support DivX such as mobile phones, tablets and even Playstation 3 and digital televisions. 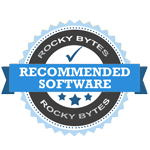 DivX in Other Languages